There are still many questions about how to hit a lob shot (fly ball).

So YPG made a video for beginners. A must-see for beginners. Of course, even those who are used to it may find it helpful to review their own strokes.

It’s a special edition, so it’s a long 24 minutes, but if you’re watching it on a computer, you can put it off by 5 seconds.
→ It is easy to understand the change when you press the key.

After watching a few times, please listen to the advice properly.

1 Don’t spread your stance too much
2 Don’t let the tee be in the wrong place
3. The opening of both legs is 45 degrees with respect to the target direction
4 The direction of the club is the same direction as both feet
5. The ball hits right in the middle of the stance
6 Don’t think about raising the ball or hitting it over there
7 Without thinking about anything, swing through with the intention of hitting the liner at 45 degrees to the left
8 Don’t try to cut
9. Keep an eye on the ball. Keep an eye on where the ball was
10 Low and long swing feeling
11 Weight is evenly distributed on both feet, even when following
12 The orientation of his face is not at the wrist, but at the grip stage.
13 He does not turn his face on the backswing
14 Don’t change the angle of your wrist, don’t move it
15 He does not change the rhythm, he follows the same track
16 Take a stance so that the ball and the club are exactly in contact
17 Don’t try to raise the ball
18 After the follow-up from the impact, the feeling of sticking the head straight forward about 10 centimeters
19 If you can kill the wrist, the height will also come out in the direction
20 Since the club is swung diagonally, the area that hits the face is reduced, so hit it in the middle
21 If the orientation is not correct, neither the stance nor the direction of the face is correct
22 All dimensions are more severe than normal hitting
23 If he thinks he’s wrong, don’t try to change it with his wrist alone. stance too
24 He swings slowly and hits with the same swing
25 Decrease the speed of the swing even though it is a big swing
26 If you can do this, you can hit a soft fly ball
27 Don’t use fly balls that hit hard and thump
28 Throw away the feeling of cutting
29 He makes the take-back small and hits with a jeong is a mistake.
30 Change the distance and practice

What do you think. It has very detailed instructions.

Please try not to get the same criticism. 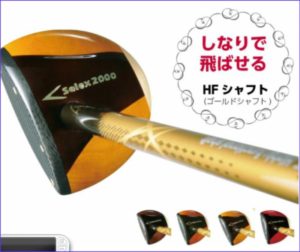